Ever reliable, old fashioned muscle has been the driving force behind the iconoclastic cars that made the American auto industry the envy of the world.

A blue-collar business that launched a thousand instantly recognizable cars between the nineteen-thirties and the seventies, car manufacturing entered a fallow period during the last couple of decades of the twentieth century, before roaring back into life, reinvigorated and ready to tear the concrete off of every road surface everywhere at the beginning of the millennium.

And at the heart of the new revolution was the incredible Chrysler motor that helped kick things into overdrive, the 5.7 liter Hemi.

Responsible for pushing most of Dodge’s high end, dream cars and their smaller RAM’s toward the horizon at dizzying speed, the Hemi is also a turn-key, everyday motor that stars without a glitch and comes with the kind of built dependability that you can trust to always get where you want to go.

But even the most faithful motors need a little care and attention to keep them on track and performing at their peak every now and then, which is we’ve found the seven best oil filters for a 5.7 Hemi so that when you change the oil in your Dodge, you’ll know that the filter, just like the motor it’s fitted to, will never let you down.

It’s time to find the best oil filter for your 5.7 liter Hemi… 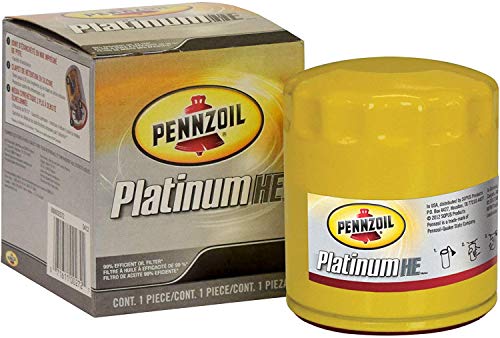 Pennzoil has been at the forefront of the gasoline game for more than a century and the one thing that this American company does better than almost anyone else is making sure that every motor always runs the way it was made to.

After all, a premium oil change calls for a premium oil filter, and this Platinum model is one of the guiding lights in the Pennzoil range.

Designed to be easy to use, it’s a spin on filter that anyone who can perform an oil change can fit in under two minutes.

Engineered to help reduce engine wear and increase the lifespan of your motor when used in conjunction with a premium brand oil, if there are particles floating around in your Hemi’s oil, this filter will catch them, trap them and ensure that the oil in your motor remains as pure as the day you poured it in there. 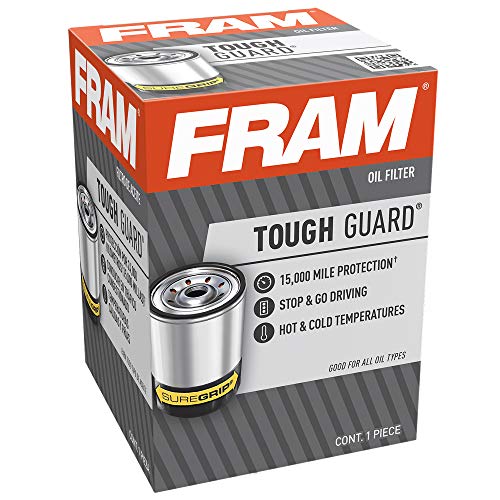 Since they first started making filters in nineteen thirty-four, FRAM has wholeheartedly believed in a simple idea – “The dipstick tells the story”.

The only filter company to have received a Naval award for excellence, and in doing so became the Navy’s sole supplier of filtration technology, FRAM owns and operates the largest filtration research and engineering facility in America, and everything they discover is plowed into every filter that they make.

This probably explains why FRAM’s Tough Guard filter that uses SureGrip technology for easy installation and removal is so good at what it does.

Its silicone anti-drain back valve has three times the hot oil resistance of standard filters, which guarantees safe start-up and increases the time between oil changes and its unique blend of silicone and glass blended media ensures that it captures ninety-nine percent of dirt particles.

Or in layman’s terms, it’s an ideal oil filter for high mileage drivers and anyone who likes to push their Hemi a little harder and to the limits of its ability. 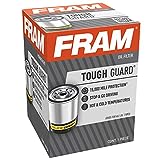 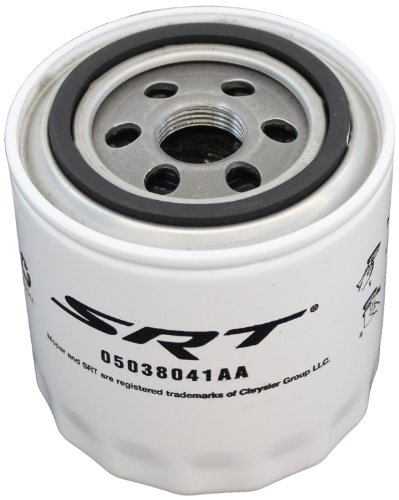 If you’re looking for the sort of oil filter (and who isn’t?) that’s been made to help your Hemi roar and throw down with the very best every single time that you fire it up, then you’re going to want to fit a high-performance filter to your high-performance engine.

And that’s where SRT (Street and Racing Technology) comes in, as this filter has been engineered and made by the Chrysler division who helped Dodge to reclaim the road and make it their own.

Built for Hemi’s by the people who designed the engine, this SRT filter has been fashioned to deal with all of the heat and power that your Hemi will subject its oil to and won’t falter in the face of motor adversity.

It’s a twist on and twist off filter that simply screws into place and keeps the oil in your motor clean regardless of how hard you push your Hemi.

Those three letters, SRT, make all the difference and will help to keep your motor sharp and focused between oil changes. 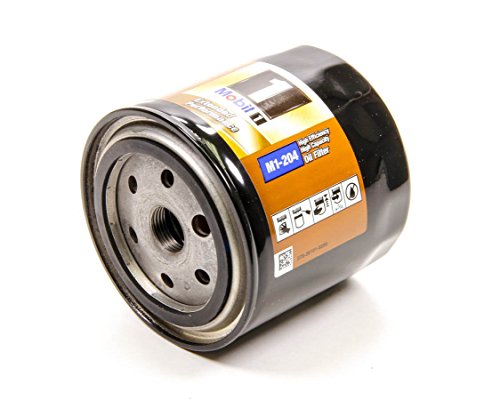 A name that’s as American as apple pie and burned diner coffee, oil, and everything associated with it is Mobil’s bread and butter.

It always has been, and probably always will be, so the fact that there’s only one filter with their name on it on our list might seem a little surprising.

Or at least it would be if this filter wasn’t so good at what it does.

Made to hold twice the amount of contaminants that other filters are capable of (with twenty-eight-gram maximum capacity) containing, and to withstand nine times normal system operating pressure, its ninety-nine point six Multi-Pass Efficiency Rating means that this filter doesn’t just extend the period between oil changes, it stretches them beyond your wildest expectations without losing any its incredible performance. 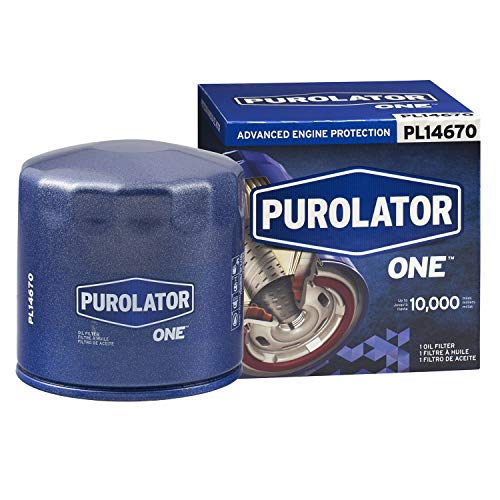 Purolator was founded by the duo of engineers, Ernest Sweetland and George H. Greenhalgh who patented the world’s first automotive oil filtration system in nineteen twenty-three.

Priding themselves on their thirst for innovation, Purolator has been a driving force in the filtration industry ever since they filed the patent that started it.

Using a high-density synthetic blend media, this filter traps and contains ninety-nine percent of particles and dirt, and as long as you’re using synthetic oil it can last for up to ten thousand miles between oil changes.

And thanks to its silicone anti-drain back valve, as long as you fit a Purolator filter, dry starts, and leaks will be a thing of the past. 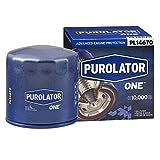 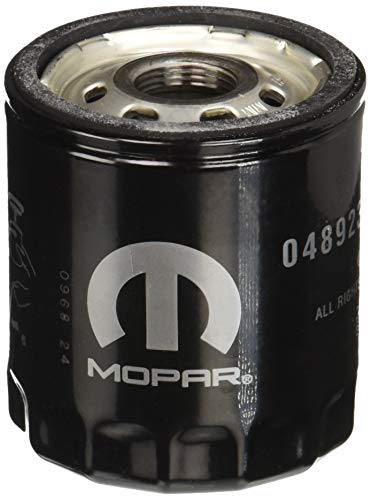 Almost every Dodge owner will tell you that the only parts that you should ever fit on to your Hemi, have to wear the Mopar name.

If you’re going to run a Chrysler engine, you need to use Chrysler parts. It’s an argument that’s hard to fault, and much as we’ve tried to, it’s one that it’s almost impossible to disagree with.

A purpose-made Mopar filter that’s designed to screw straight on to your Hemi after you’ve removed the old filter and changed the oil, this Mopar monster will keep your motor in meticulous running order between recommended oil changes.

It’ll take care of any particles, eliminate dry starts, and nullify oil leaks. And it’ll do all those things because that’s what it was made to do and because Mopar parts always keep their word and do everything that they say they will. 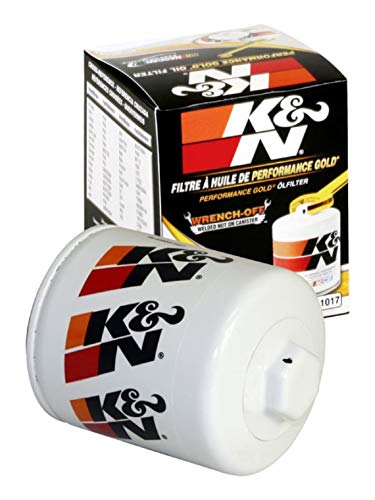 K&H has been a leading filtration industry brand for more than half a century. Whether you’re looking for an air or an oil filter, they make a model that’s designed to fit your requirements to the letter and exceed your wildest expectations.

They might not the biggest dog in the filtration yard, but their filters have more than bite to make sure that they keep up with the leaders of the pack.

Engineered to twist on and off, and provide consistent and high flow rates to your motor, this filter uses a patented synthetic media blend to remove and store almost all of the particles and debris that pass through it.

Laboratory tested, this high-density filter has been built to be durable and cope with everything that you Hemi can hurl at it.

Which Oil Filter Should I Use With My 5.7 Hemi?

As all of the filters on our list are designed to do exactly the same thing at a roughly similar price point, the main thing that you need to think about is how often you change the oil in your Hemi.

If you change it every five thousand miles or so, then ideally you should use a Mopar filter for your Hemi. It just makes more sense to use  Mopar parts for a Mopar motor.

If, however, you can’t commit to a regular oil change schedule because sometimes life and the world get in the way, and you have to fit services and oil changes around your routine, then it makes more sense to use a longer interval oil filter like the FRAM or the Mobil.

And as long as you do change your Hemi’s oil before their long life deadline, it’ll keep on running exactly the way it was supposed to.

A Hemi is an engine that uses a hemispherical combustion chamber, which allows the engine to use bigger valves and, as a result, can produce far more power, and has become known the world over as a high-performance engine.

Primarily associated with the Chrysler brand, which owns the trademark to the word “Hemi”, since the beginning of the twenty-first century the Hemi has become synonymous with both Dodge and RAM trucks.

The 5.7 Hemi is a powerful motor known for its ability to produce high torque and a large amount of horsepower and is primarily used in SRT Dodge cars, namely the Charger and the Challenger, and is the standard motor that the RAM 1500 uses. 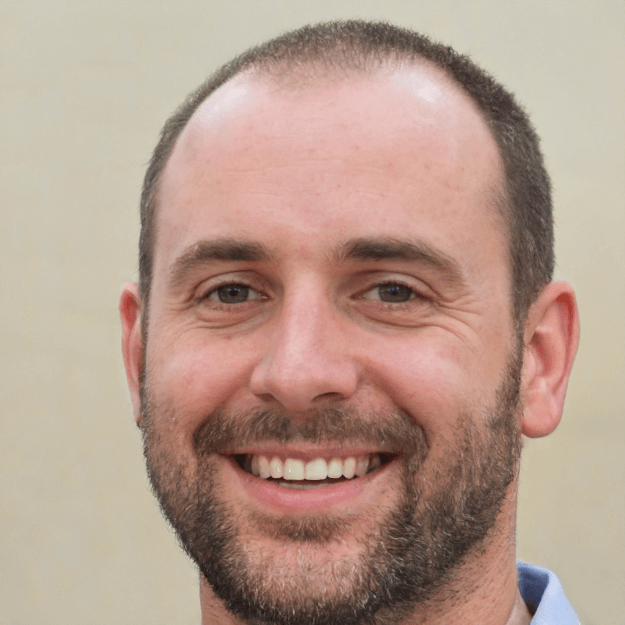 My name is Clint Harris. I am an automotive fan who is fond of the latest tech- and classic muscle car technology. I launched CarWrenching to share open-minded tips, tutorials, and insight.