We all know how pickup trucks can be useful in hauling and towing; not only that, you can hitch a trailer at the back of it and set out to begin a new adventure. The truck’s size that you require depends upon your daily needs and how often you use your truck.

It is smarter to look for a truck based on its size and popularity and what fits into your demand. Both the trucks have their uniqueness and are optimum as per the requirement of the work. Chevy crew cab is a pickup truck style that mainly focuses on the rear passenger room. A double cab is another pickup truck that provides two rows of seats and is somewhat shorter than other pickup trucks.

A regular cab is a common style of vehicle used in working trucks as it maximizes the bed length by eliminating the rear passenger’s seats in the vehicle. As the Chevy regular cab does not have rear seats, it gives the customers flexibility for various jobs that can be done using the Chevy Silverado Regular Cab.

The cost of this truck is also not very high compared to other trucks in this segment. The main feature of this truck is that it comes with a long bed capacity, which is not seen in most expensive trucks. Moreover, there is enough room for 3 passengers. Depending upon the work, if you require a vehicle that demands large bedside, then considering Chevy Regular Cab would be a good option.

The main drawback of this vehicle is that if you have a big family of more than 3 people, then this vehicle won’t be a good option for you as it only has a capacity of 3 passengers due to the elimination of the rear seats to enlarge the bed size in the truck.

These cabs contain both the rear seats, unlike the chevy regular cab and have a capacity for 6 passengers to fit in front and rear. If you are looking for a truck that is fi for your family and work, then this truck would be fine for you as it has enough room to provide room for 6 passengers, so that is sufficient for seating space.

The standard bed size can act as a major drawback for the drivers that have work that requires a larger bed size.

The rear space is a main key highlight of this cab style; it can easily seat up to 6 passengers. On the flip side, the Chevy crew cab comes with a smaller bed size compared to the regular and double models. If you are looking for a truck with a lot of passenger room to fit in and you are not worried about the bed size, then a Chevy crew cab could be a better option.

The crew cab has a shorter bed size if we compare it to the Chevy double cab and the Chevy regular cab.

We have come up with a detailed analysis and sum up all the basic factors to establish the difference between the Chevy Double Cab and the Chevy Crew Cab; this would be a lot helpful and insightful to people confused about which model to use go for. Well, there are a bunch of differences between these two trucks, and some of them are listed below:

Still, if we were to consider a good option in terms of average price range then chevy double cab can be a better option because it has a standard bed size and a capacity of 6 passengers to fit in.

In the Chevy Silverado crew cab, 3 passengers could fit in a single row and have a passenger capacity of 6 people in total. Chevy Silverado double cab also have space for 6 passengers, but the main difference is the amount of space the passengers would have in the respected vehicle.

For instance, the Chevy crew cab has more headspace and leg space than the Chevy double cab. If we were to consider a better option between the two, then Chevy Crew Cab is the winner for this as it has more interior space than other Chevy cabs.

however, if we talk about the Chevy double cab it has a standard bed size which is larger than the Crew cab, which makes it more capable of carrying cargo and provides extra storage to carry more. If you want a truck with many bed sizes, this would be a good option to consider than the double cab.

Most people go for a pickup truck for towing and driving off-road, and the engine plays an important role in both activities; engine performance is one of the most crucial aspects when towing a vehicle.

The comfortability of the Chevy Silverado crew cab is much more than the Chevy double cab as it contains much more passenger space with the additional headroom as compared to other pickup trucks of this segment, so if we talk about the comfortability between the two trucks, then the best option would be Chevy crew cab.

The passenger capacity in both the Chevys is the same, but the headroom offered in the Chevy crew cab is much more than the chevy double cab, which is due to its shorter bed size.

A standard 3-year/36,000-mile limited warranty is included with your new Chevrolet. You can also choose the Chevrolet Extended Limited Warranty, which lasts 5 years and 60,000 miles.

You May Find Useful: Why is Chevy Truck Losing Power When Accelerating?

Both the Chevy Crew cab and the Chevy Double cab are well-performing trucks and can be a great buying option depending upon the work you are using it for, but always remember to go for the truck that suits best for your work and your daily drive patterns. 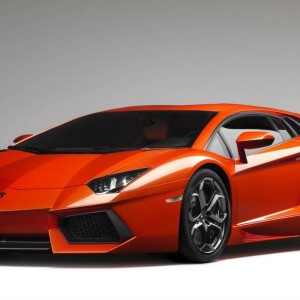